Guide Jerry Strieby was born and raised in Lakeview, OR. His wife Bonnie and he started a fishing guide business in Oregon on the Rogue River, including the famous Rogue River Canyon, fishing for King Salmon and Steelhead. He also fished in the winter for Steelhead in Northern California on the Smith and Chetco Rivers. 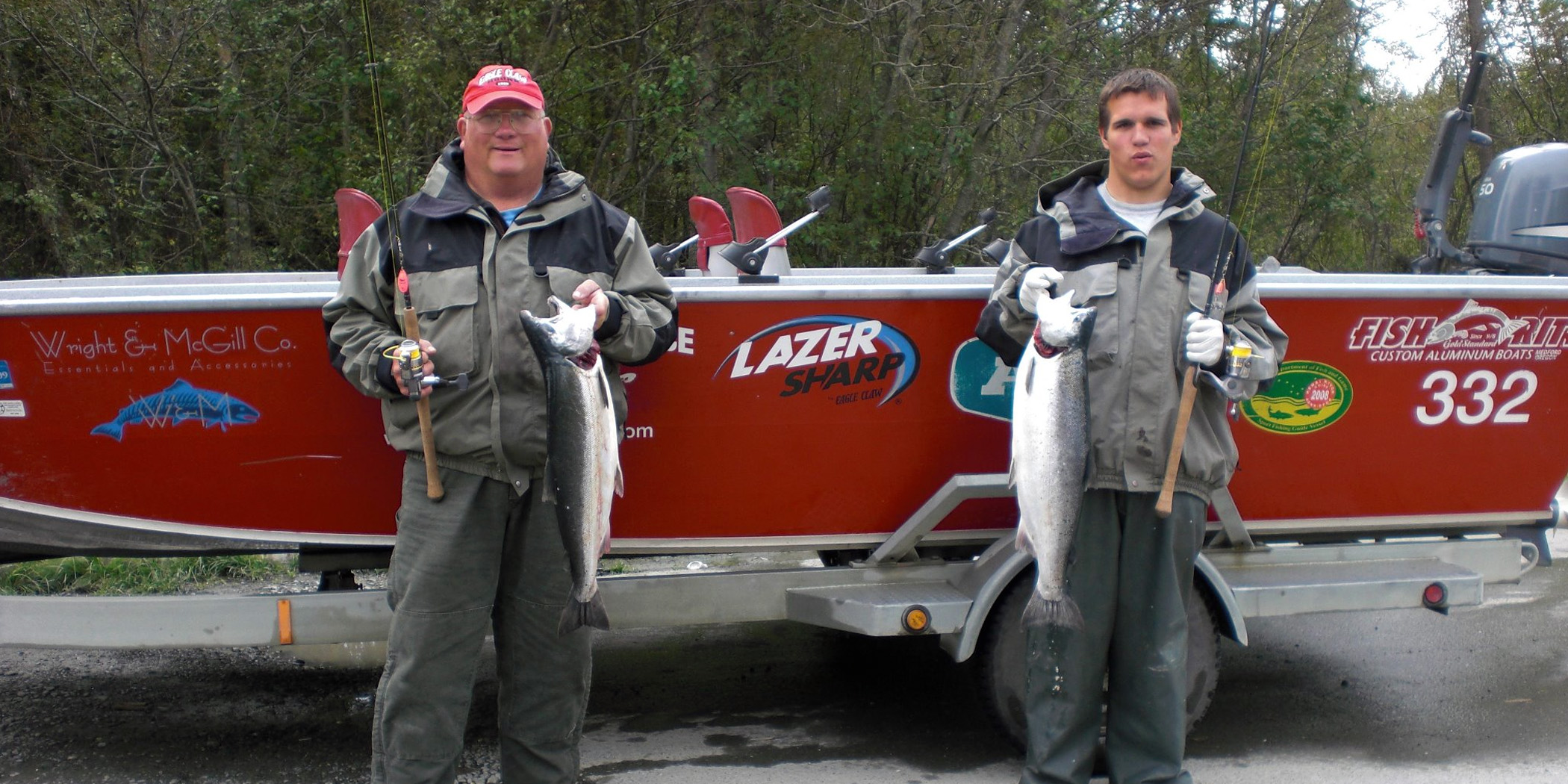 Jerry was appraoched by an outfitter to venture to Alaska to chase Big King Salmon and in short order had received his schooling for his 6-pack USCG license and moved his family to Alaska. He has been guiding 32 years, the last 27 years being on the Kenai and Kasilof Rivers of Alaska. On those rivers he fishes King Salmon, Silver, Sockeye, and Pink Salmon, Steelhead, and giant Rainbow Trout. What he enjoys most is watching the excitement when people hook into a fish and the smiles.

Jerry has taught at the Kenai River Guide Academy and is on the Board of Directors for it, and also the Kenai River Foundation. The whole family has been a part of this non-profit foundation that facilitates a "Take a Vet Fishing" day and the "Kenai River Wounded Heroes" fishing event for current active military. 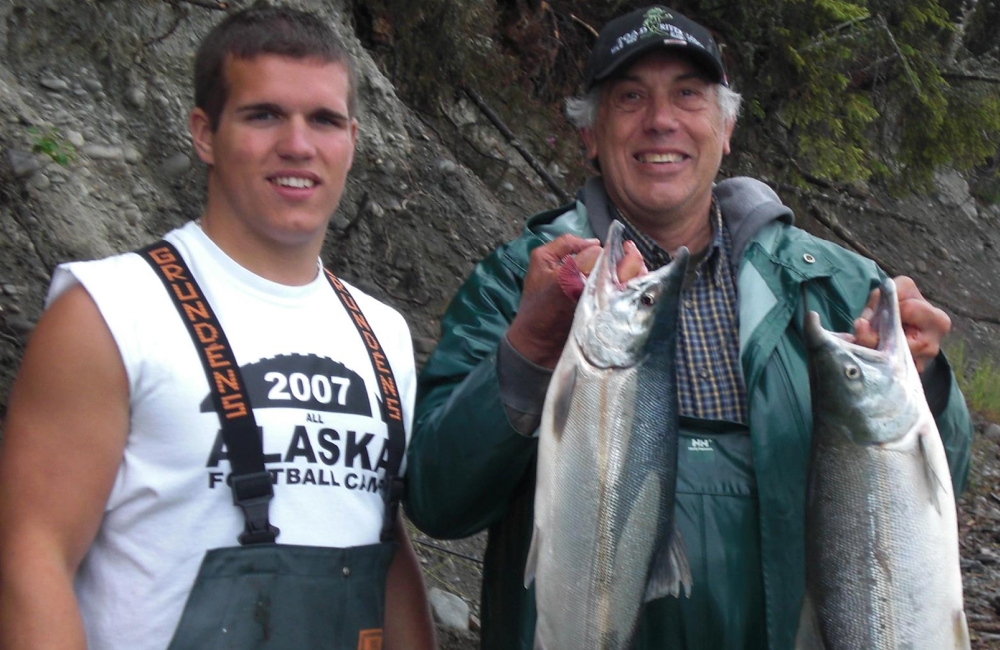 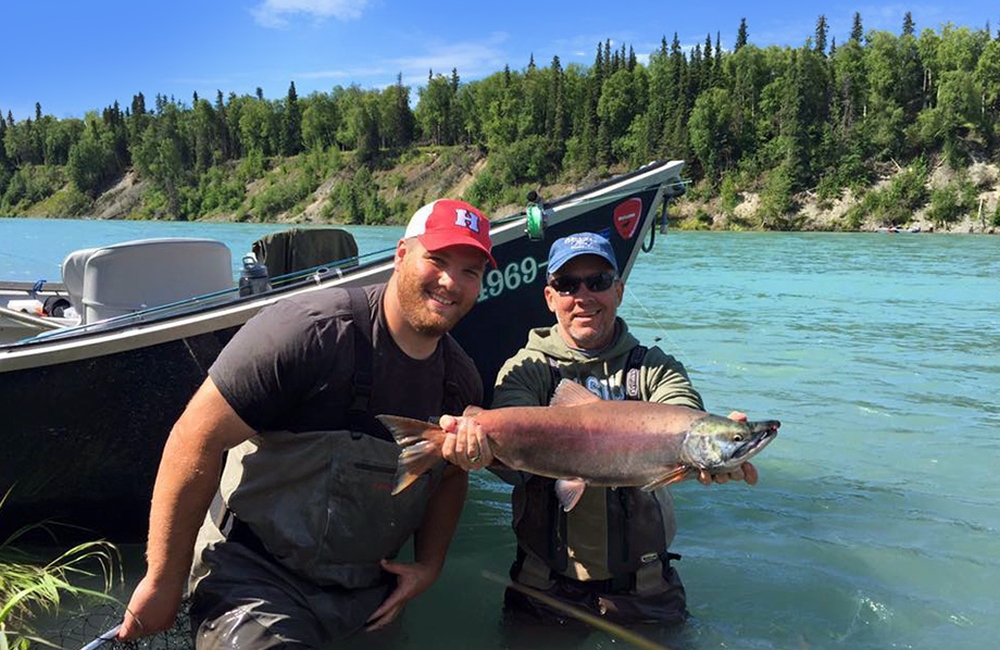 Our two sons, Matthew and Nathan, have been fishing all their lives and have been a very intrical part of growing the family business. They both started in the driftboat on the Kasilof River and after achieving their 6-pack USCG license, continued on in the powerboat also, on the Kenai River. Matthew has been guiding 13 years and Nathan 9 years. Both are very experienced guides with all species and two of the most productive sockeye guides out there. They love fishing and helping people.

All three hold 6-pack USCG Captain licenses, are First Aid/CPR trained, have a Kenai River Guide Academy Certificate, and comply with all state and federal requirements. 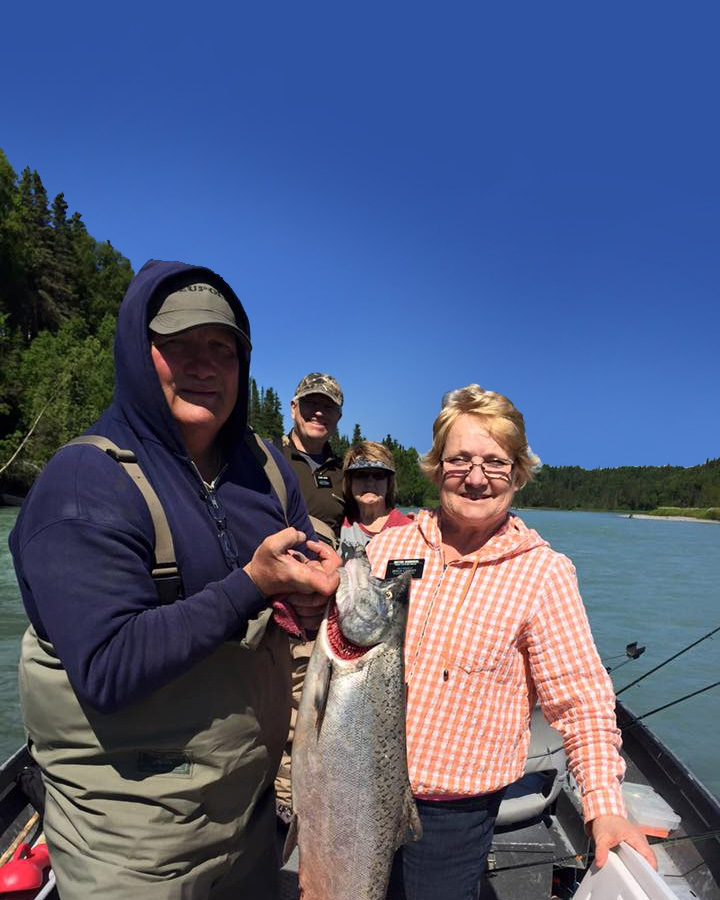 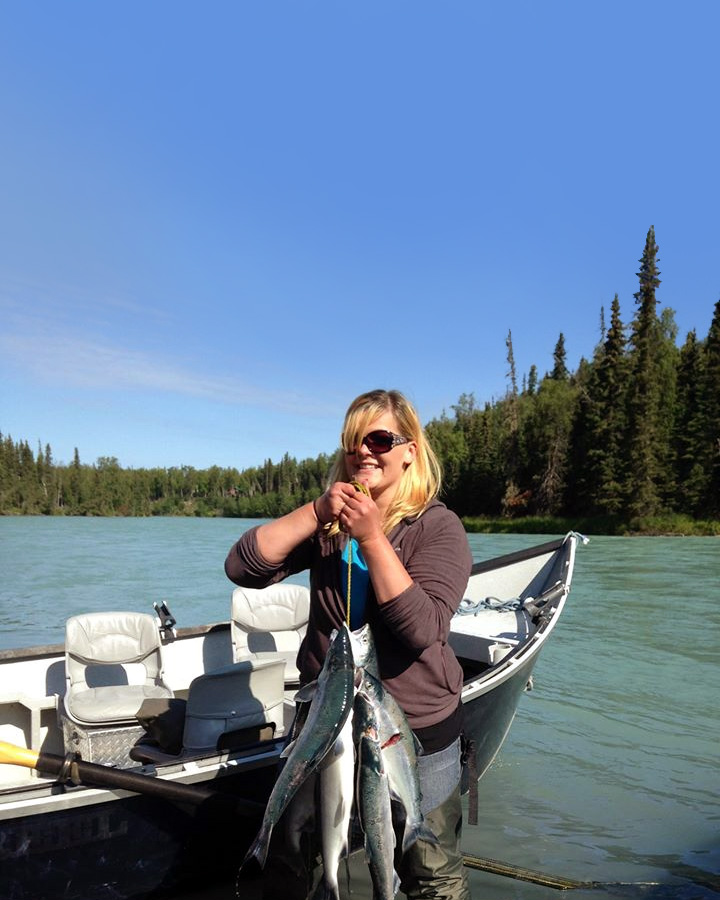 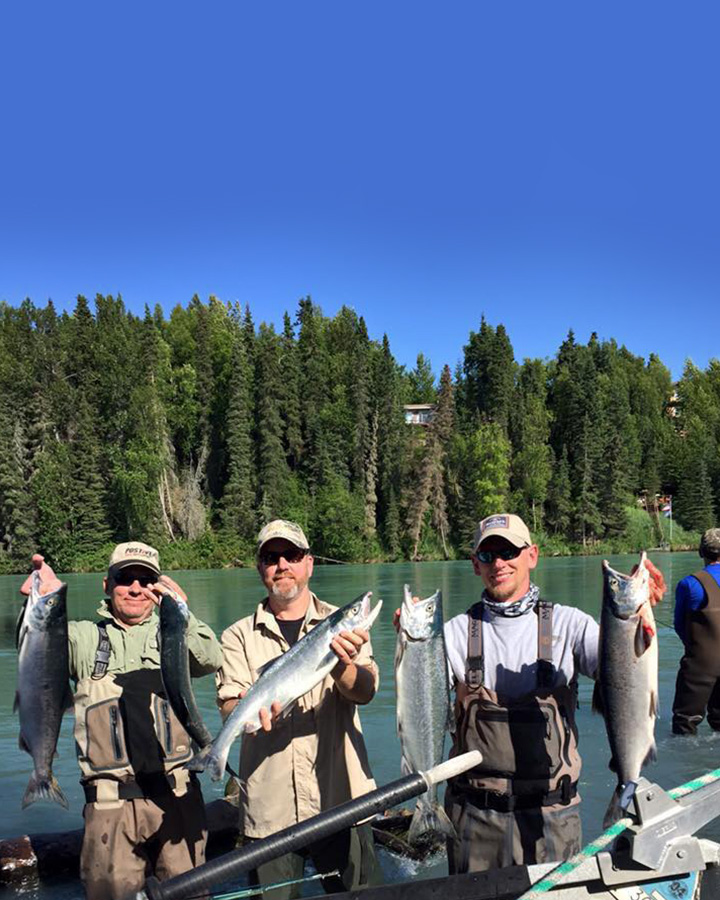 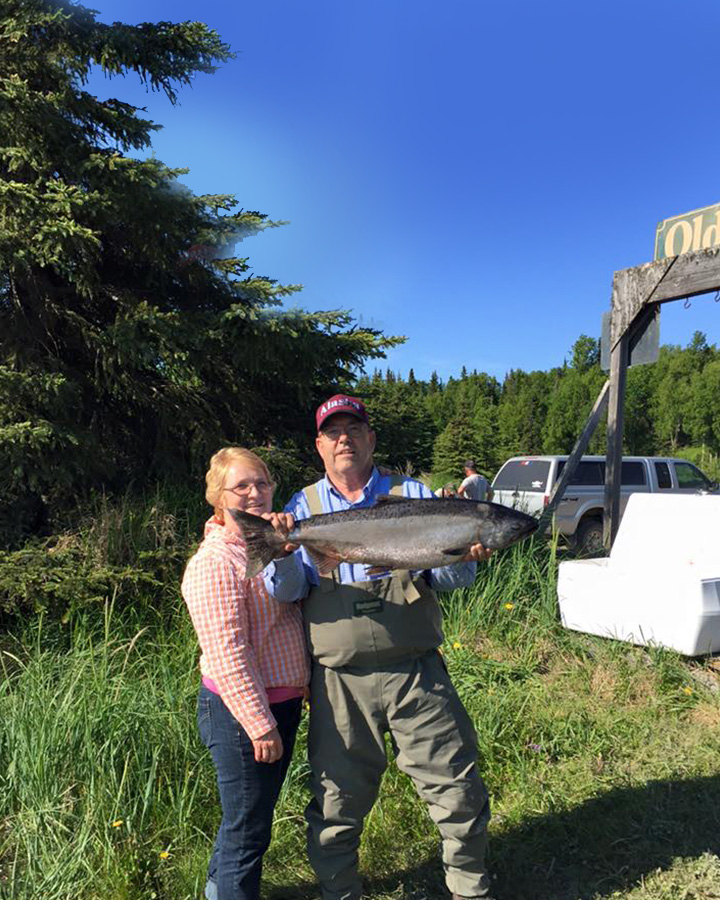 Owned & Operated by the Strieby Family

Our US Coast Guard licensed captains are ready to help your Alaskan memories truly special. 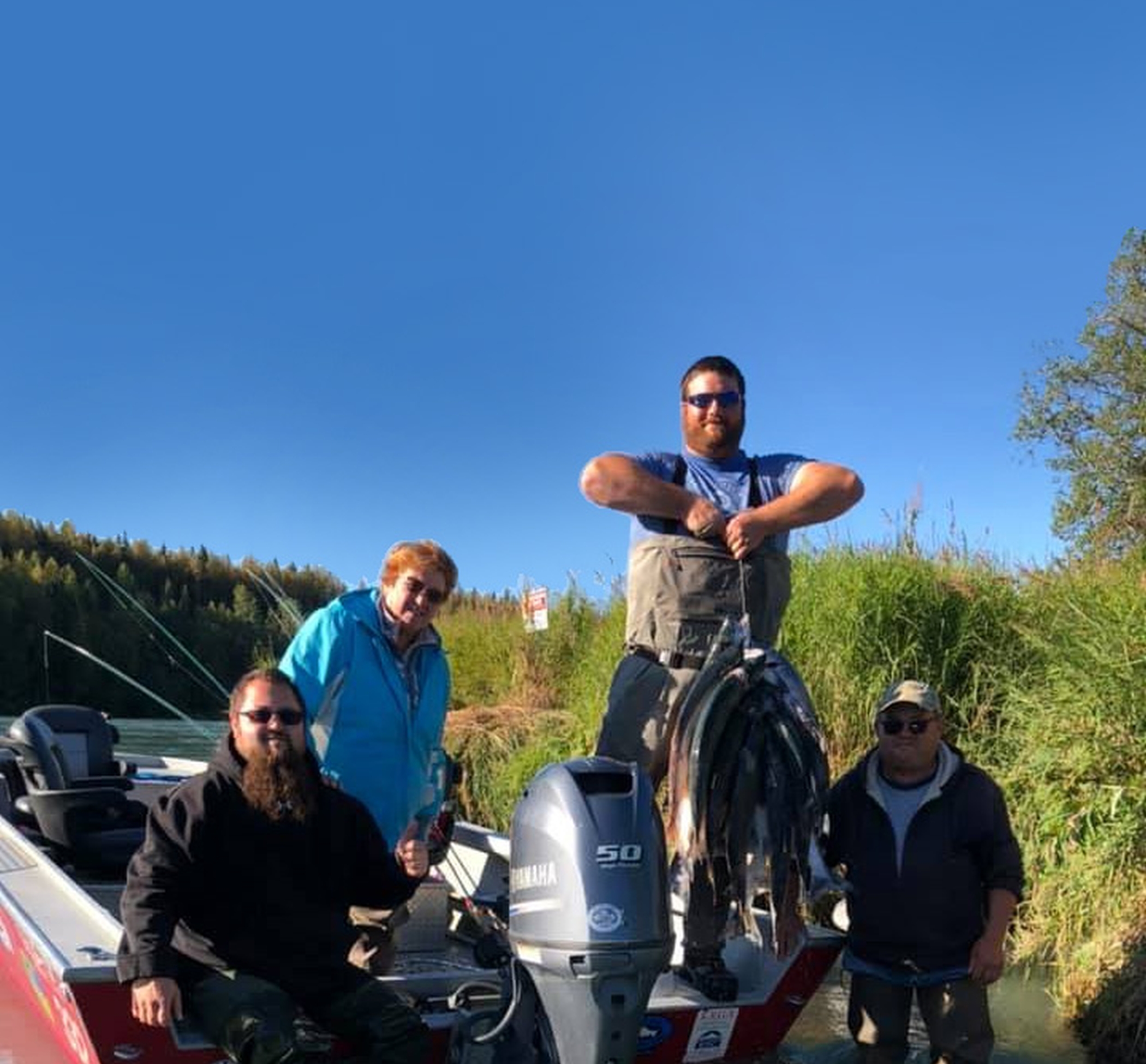